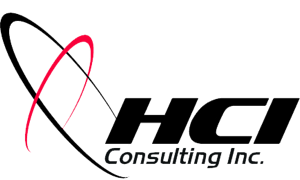 Pay Equity Cases and Their Outcomes

The Pay Equity Commission seems to be ramping up their efforts to ensure Employers in Ontario are compliant with Pay Equity Legislation.  We have summarized some recent Pay Equity cases and their outcomes…

April 28th, 2015 McMaster University – Following a 2 year study, it was revealed that female professors were taking home on average $3,515 less than male professors, even after adjusting for age, seniority, faculty and tenure. The university will pay out $1,000,000 a year in adjustments until the wage gap is closed.

May 4th, 2015 City of Windsor – The Windsor International Training and Aquatic Centre and the Adventure Bay Family Water Park were set to open in 2012, but the City of Windsor threatened to outsource some of the work to help save money. The Canadian Union of Public Employees came to agree that the pay for lifeguards and facility assistants could drop from $18-plus and hour, to $15-plus and hour. A female facility assistant, however, filed a complaint with the Ontario Pay Equity Commission, when then ordered the city to provide retroactive adjustments to 2012.

February 11th, 2015 Ottawa Public Library – According to a pay equity study that was conducted in 2005, data revealed that some female city librarians were paid an average of eight percent less that men who worked in comparable jobs. The Pay Equity Hearings Tribunal ruled in favour of the female librarians, and the Ottawa Public Library will need to make a one-time retroactive payment of $2,300,000 in wage adjustments.

August 25th, 2014 Hamilton Health Services – According to the news article referenced below, Hamilton Health Services (HHS) was previously compliant with Ontario’s Pay Equity Act, but as hospitals merged and job descriptions changed, HHS’s compliance status waned, and years of pay equity liability mounted. A total of 115 job classes were carefully evaluated and negotiated for both pay equity and internal equity across the organization. HHS will have to pay $7,300,000 in retroactive payments to a diverse range of female-dominated professions in the next year.

1983-2005 Canada Post – Between 1993 and 2003, Canada Post was engaged in a decade long pay equity legal battle where 415 days of hearings were held. The initial complaint was first filed by the Public Service Alliance of Canada in 1983 on behalf of 2,300 female dominated clerical worker job classes, arguing that they were doing comparable work to the mostly male letter-sorters and carriers, but were earning substantially less. A 279-page tribunal decision in 2005 ruled in favour of the union and ordered at least $150,000,000 in payouts. So far, 10,000 pay cheques have been mailed out.

1992-2002 Bell Canada – In 1992, the Canadian Telecommunications Employees’ Association (CETA), on behalf of its unionized employee group, lodged a formal inquiry into a potential pay equity dispute where it was argued that female-dominated professions including: telephone operators, clerical staff, sales associates etc., were underpaid according to comparable male-dominated job classes. The ruling on the decision required that Bell Canada make over $178,000,000 in adjustments through cash payouts and pension improvements.